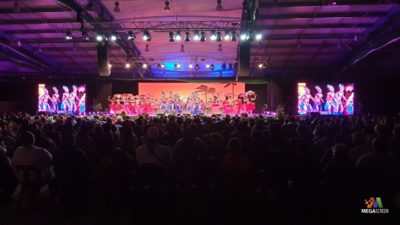 LED Technology came, saw, and conquered everything! In the last few years, LED technology has made its way to literally every room globally. From LED bulbs to LED Lamps to LED screens, it is everywhere and rightly so. It is eco-friendly, power savvy, and cost-effective. After the lighting solutions, the LED screen has recently risen to quite a fame and wiped away projector screens. The reason is the plethora of benefits that it brings with its revolutionary technology.

Let’s have a look at the advantages of using an LED screen hire as compared to the Projector screens:

1-Cost Effective: Many people have a misconception that LED screens are costlier than project screens. The fact is the initial cost may be higher than the projector but LED screens have almost zero maintenance cost and often come with a 5 years warranty. Moreover, LED screens require lesser power as compared to the projector screens that cut down the electricity price.

2- Long-Lasting: A top-quality projector when compared to a moderate quality LED screen has a lesser life that can last up to 10 years.

3-Brightness: This is one of the top reasons behind the popularity of LED screens. The brightness of a projector screen works best in the low surrounding light and requires an uninterrupted path. Whereas in the case of an LED screen, direct light is emitted directly from the screen which is the reason LED screens to work great outdoors as well during the day as well. All in all the brightness of a LED screen is 3.5 times greater than that of a projector screen.

4- Display: Will you ever watch something in SD now? Well, if you don’t replace your projector with an LED screen, chances are you will. No projector ever supports HD whereas almost all types of LED screens support HD resolution. 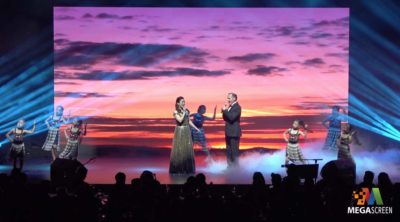 5- Ease of Use: LED screens are much easier and quicker to set up as compared to projector screens. A projector needs its own space and an unobstructed space between projector and screen. Moreover, there are many barriers to it including low ceilings, low light, etc. Whereas LED requires no such specifications.

6- Maintenance: a projector requires a high level of maintenance that may require days. You will need to send it to a workshop for repair. Whereas, LED screens have no such tantrums. All you need to do is update the software or replace the broken module and your screen is up and running for years to come.

7- Engaging Environment: Unlike a projector, LED screens become part of the place they are placed at. With their high-quality image and resolution, adjustable brightness, and contrast, these screens are ideal to create an engaging environment at events.

The benefits of LED over projector are quite evident. Make your events and movie nights fun by investing in a LED screen that is a game-changer in a true sense.